View cart “Don’t Expect to Build Up the Weak Poster” has been added to your cart. 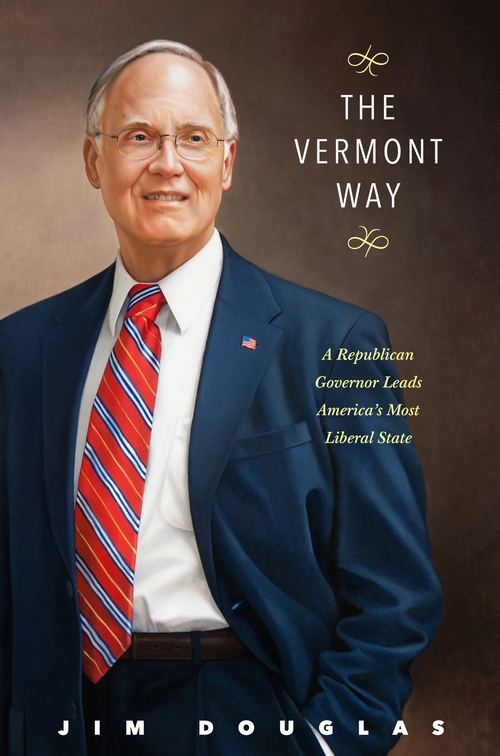 A great book for lovers of Vermont and Vermont history.

Jim Douglas was first elected to the Vermont House in 1972, just months after graduating from Middlebury College. He was re-elected three more times and rose to Majority Leader before leaving to join the senior staff of Governor Snelling. Douglas was then elected Secretary of State, where he served for twelve years. In 1994, Douglas became State Treasurer, and was re-elected three times. In 2002, he was elected to the first of four terms as Vermont’s 80th governor.

Douglas became a true insider, with an encyclopedic knowledge of the people and practices of government. But his real legacy grows from his unflagging commitment to get out of Montpelier and meet Vermonters one-on-one in the places they lived, worked, studied, and played. He took this intimate knowledge of Vermonters’ hopes and needs to craft the policies and programs that earned him more votes than any other politician in Vermont history.

The Vermont Way includes forty-one photographs that bring history to life, creating a portrait of Jim Douglas and the state of Vermont. Douglas does it all: kissing a cow at a county fair, chatting with kids at their lemonade stand on the campaign trail, visiting Vermont National Guard troops in the Middle East, and offering advice to the president in the Oval Office.

A great book for lovers of Vermont and Vermont history.

There are no reviews yet.

Be the first to review “The Vermont Way by Gov. Jim Douglas” Cancel reply